Ben’s relationship with Headway began last year after he found out his character Nick was to be involved in a car crash that would result in him sustaining a brain injury. Keen to play the role as accurately as possible, Ben contacted us to learn more about how brain injury can affect individuals and their families.“I am delighted to have been asked to be a patron of the Preston and Chorley group of Headway,” said Ben. “They have provided me with an invaluable insight into the effects of brain injuries.“Their work forms an essential service to support brain injured individuals, their families and carers.”

Louise Sheffield, Chair of Headway Preston & Chorley, said: “Ben’s support means the world to all our volunteers, staff and of course the members who we support.“Having spent some time with our members, getting to know them and learning more about how brain injury affects them on a daily basis, it is wonderful that Ben has agreed to be become our patron.“We are all thrilled as with Ben’s support we can hopefully make more people in the region aware of the effects of brain injury and the fact that Headway is here to help.”Ben’s support of Headway has already resulted in numerous national television, newspaper and magazine mentions for the charity. Back in November, the actor visited the group and afterwards stated his day was ‘nothing short of inspiring’. 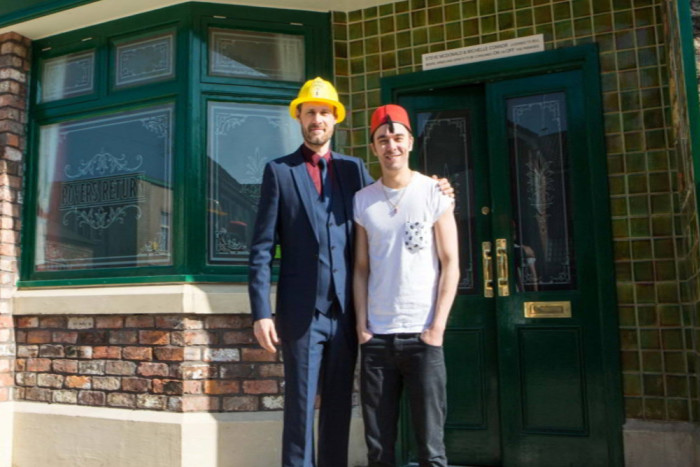 Ben will join Headway Preston & Chorley’s first patron, Graham Alexander, Fleetwood Manager who has been with Headway for the past 3 years.